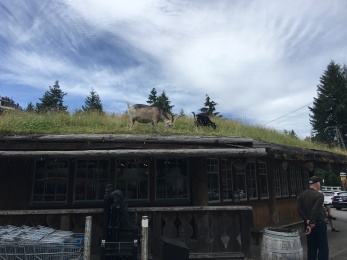 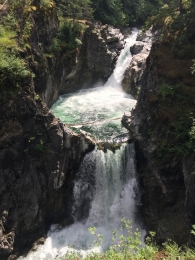 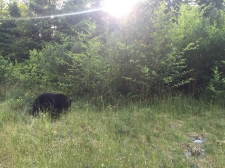 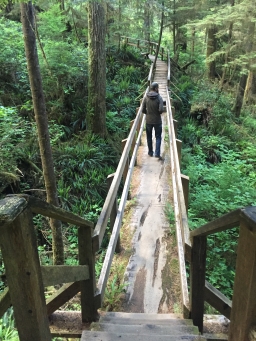 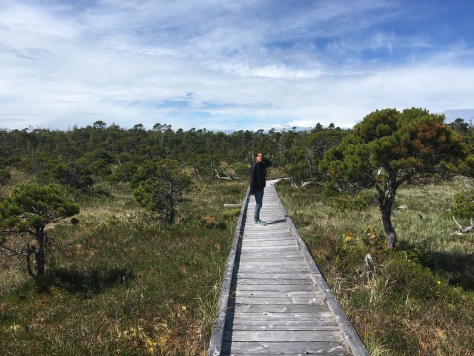 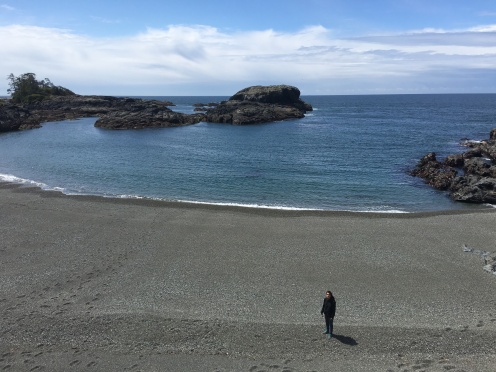 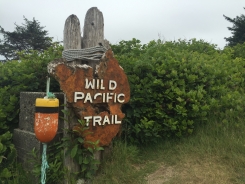 Little Qualicum Falls Provincial Park: We would be staying on Vancouver Island for almost a month, so we spent a few weeks exploring the Island. Our first big stop outside of Victoria was to see the Little Qualicum waterfalls. The falls (of which there are several) aren’t particularly large, but it is the rock formations that they have carved through that really make this a cool stop. There are lots of really clear pools carved into the rock canyon that continuously spill over and plummet into each other. People used to be able to swim here, but after several fatalities, the falls area has been closed off to swimmers. We dipped our toes in further up the river, but sitting in one of those stone bath tubs would have been pretty fun.

The drive from Port Alberni to Ucluelet: Ucluelet and Tofino are small and very isolated towns on the Pacific Coast of the Island. Port Alberni is the last town on the road to the coast and is followed by an hour and a half of wonderful and windy highway driving. We were lucky to make the drive on a clear day where we could see snow capped peaks (there are many on the Island), churning river rapids, dense forests, pristine lakes, fascinating rock formations, and a big cuddly black bear just chilling out and munching on grass on the side of the road.

Pacific Rim National Park: Encompassing over 500 square kilometers and a lot of beach, Pacific Rim was the second national park/historic site we visited in Canada. We spent a couple of days exploring the park and the nearby towns of Ucluelet and Tofino. Hiking along the beach we were in awe about just how many bald eagles there were in the area. Further on, we came across a beached whale carcass. It wasn’t pretty to look at, but it may not be something we ever see again. Inland, the park boasts some beautiful dense rainforest and meadowy bogs, all of which provided really great hiking experiences. There is also a lovely lighthouse loop in Ucluelet, with amazing views of the surrounding ocean and islands. While exploring Tofino we stumbled across a beer league softball game and spent the evening watching it.

Bonus: Coombs Market (the building has a green roof with goats grazing on top of it), Steampunk Coffee Shop in Port Alberni (the coffee was okay and though the place wasn’t very steampunk, they had TVs that played the most mesmerizing videos), Cathedral Grove Provincial Park (small and very popular, this park is home to some very old and beautiful trees). 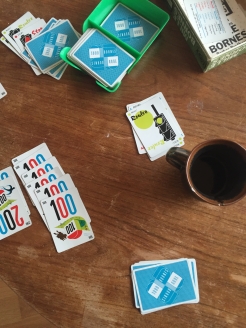 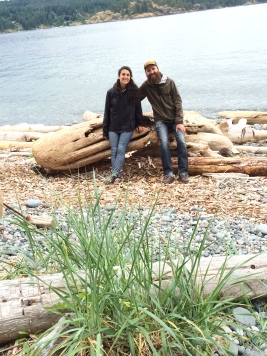 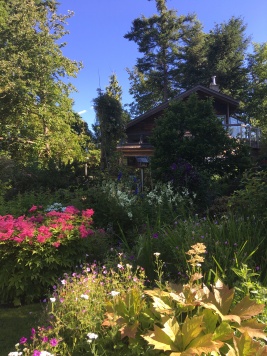 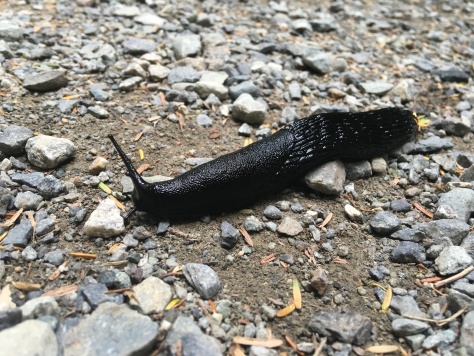 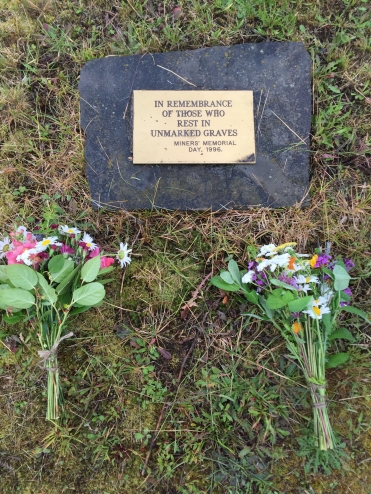 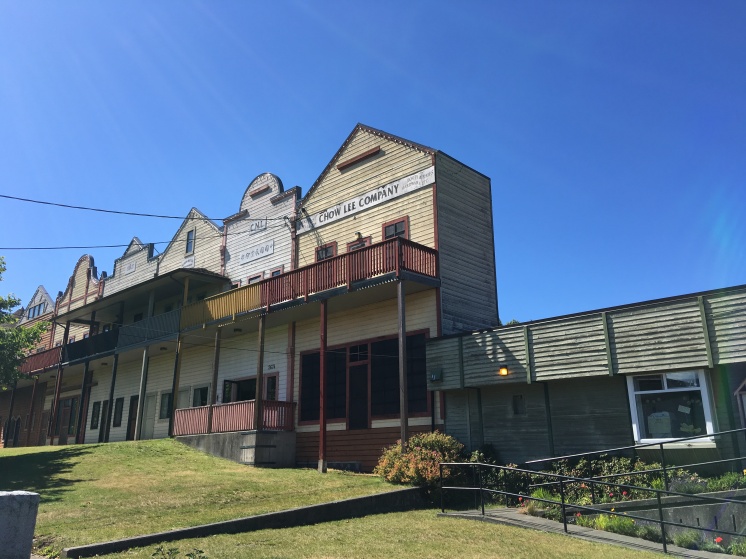 Hornby Island: Some friends of Ben’s parents have a cottage on Hornby Island and were very generous in letting us stay there for a weekend. While there are many islands in the waters between Vancouver Island and the mainland, Hornby is one of the more isolated ones, mostly because it is small and you have to take two ferries to get there. The cottage was beautiful, and it was so nice to spread out in a space that was (briefly) our own after spending so much time in the van. While we spent a lot of the weekend relaxing in the cottage, we did take some time to explore the island a bit. There are numerous farms and cottages, and much of the island is covered in parkland. We went on a couple of really nice hikes while we were there. There are a few businesses sprinkled across the island that cover the bare necessities and most are located at a small crossroads that is basically the downtown. There’s a gas station, a grocery store, and a few small businesses around a green pedestrian space. Lucky for us we had all our camping gear, because the third day we were there, the island’s power was off all day for maintenance. We broke out the camping stove and water jug and glamped in the cottage.

Campbell River: Our next stop was just outside of Campbell River where Ben’s dad had more friends who graciously hosted us for a few days. The food and house were amazing, and their garden was just spectacular (it’s where much of the food came from). While they didn’t have a lot of land, they have definitely made the most of it with so many winding paths and varied species that it feels much, much larger than it actually is. Our hosts took us on a day-trip to Quadra Island where we went for a hike and visited the Nuyumbalees Cultural Centre in Cape Mudge. It was a really fascinating musuem containing many historical artifacts, and made a specific point of shaming the government officers who indiscriminately confiscated and sold the Indigenous artifacts.

Miners Memorial Weekend: Every year, locals and union members from across British Columbia gather in Cumberland for the Miners Memorial Weekend. Comprised of walking tours, evening sing-alongs, dinners, and a graveside memorial, the weekend celebrates the life of Albert “Ginger” Goodwin, Joe Naylor, and all the miners (especially of Chinese and Japanese decent) who spent their lives fighting for better working conditions and wages. “Ginger” Goodwin’s story is the most famous. He was a union organizer who wasn’t healthy enough to fight in World War I (he had Black lung from working in the mines). But he was so effective at organizing workers that the government put him on the conscription list anyway. He fled into the woods near Cumberland where he was hunted down, shot, and killed by the police. We had a great time in Cumberland which is a really fun town. There was a large group of us camped out by the lake, and when we weren’t participating in memorial activities, we were playing bocce and drinking and signing union songs around the campfire.

Bonus: Playing Milles-bornes on a road-trip (Amalia had never heard of it but won every game we played), The Broken Spoke in Courteney (a bike and coffee shop with great coffee). 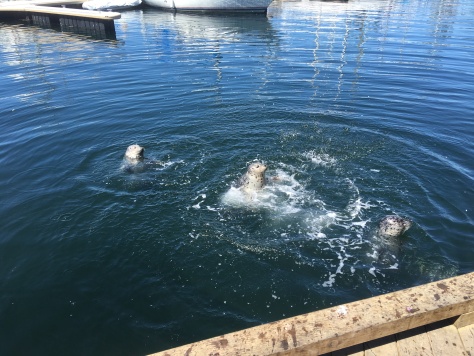 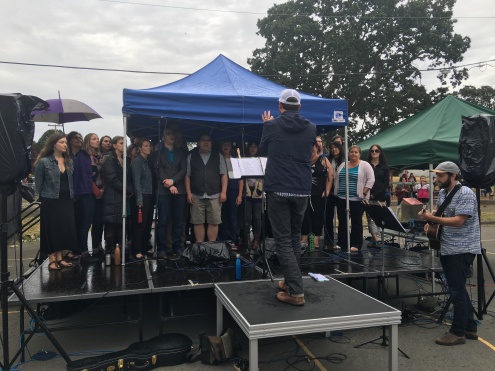 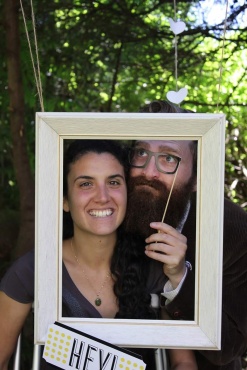 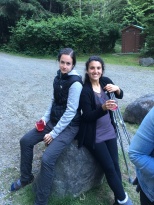 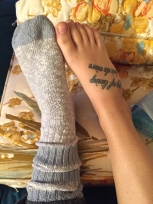 Hanging out with friends: We had returned to Victoria for Jo & KB’s wedding, and so even more friends had flown in for the celebration. Since we had a car, we helped shuttle them around and had some great adventures with backyard BBQs, drinking on patios, playing more disc golf (where Amalia rolled her foot and spent a week on crutches), relaxing on the beach, eating giant brunches, and stuffing ourselves on vegetarian Chinese food (3 times?). We also went to an evening market where our friend JoAnne was singing in a choir. They were so awesome!

Sooke Potholes Provincial (and Regional) Parks: Similar to Little Qualicum Falls, the Potholes are series of rocky pools carved by a river. While these ones were swimmable, we didn’t bring our swimsuits and so didn’t jump in like some of our friends. Seemed cold anyway.

Relaxing and celebrating: Since Amalia hurt her foot, we were more constrained in what we could do so we spent a lot more time just relaxing … which really shouldn’t be overrated. We also celebrated the five-year anniversary of our first date!

Camping Wedding: Our friends JoAnne and Kelly were getting hitched in French Beach Provincial Park and friends were invited to camp on-site. So, after packing up the van with supplies for the weekend, we headed west along the coast. The wedding was so beautiful and amazingly fun. There were so many old friends, new friends, great food, a fun dance party, and it was so great and relaxing. We both had a fantastic time.

Bonus: Koffi (as stated in an earlier blog post, it’s hard to find good coffee shop with wifi in Victoria, this one is awesome on both fronts!).